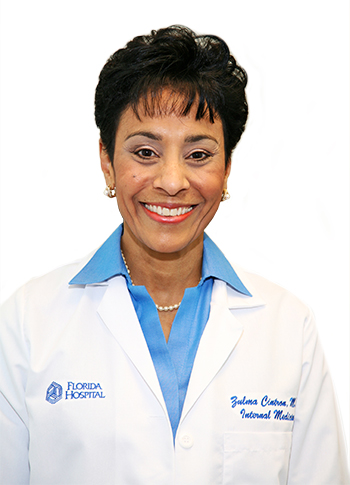 Certifications:
American Board of Internal Medicine, 1996, 2007, and 2017. Recertified x 2 and is Participating in MOC
Fellow, American College of Physicians.

Military Service:
Dr. Cintron was commissioned in May 1985 to the United States Air Force Medical Corps. She served at Patrick Air Force Base and completed Flight Surgeon training in October 1987, providing support to the Space Shuttle Flight Team. Prior to being honorably discharged in October of 1988, she was promoted to the rank of Major.